Last week I posted some information (here and here) about training 400m runners. And I endorsed the speed based ‘short to long’ approach. Invariably, every time this topic comes up, people immediately say,

‘But so and so says train slow to get fast’.

Well, here’s the thing about that…

If you perennially get a stream of sprinters who show up running 21.3 in the 200 as teenagers than you can probably train them using longer, slower intervals and get results. Mostly because they’re already freaks.

But I don’t live in that world. I live in the world of heel-to-toe landers. Kids who can’t get triple extension or get through a week 1 body weight circuit because their work capacity is junk and their team sport coaches just have them run endless distance workouts or gassers after a 3 hour football practice.

I call this world ‘The Real World’. And chances are you live closer to my world than so and so’s world.

Here’s the truth about training your 400 runners (and sprinters in general):

It’s harder to do it right and takes a bit longer to come together. But your sprinters will peak a lot higher when you train the specific qualities inherent to the event.

On the other hand, giving them aerobic endurance work (long slow repeats, mileage, etc.) is easy. It takes minimal planning time and not so much coaching skill. High volumes of slow running looks like ‘work’ and so people will often call it that. Especially those with endurance backgrounds. Or the lazy ones.

And with young, weak kids whose work capacity is practically zero, aerobic work and slow training will get you some short term results. Any exercise with kids is going to get them in better shape. They’ll run faster times that first season. Your endurance-based kids might even beat speed-based kids of equal ability that first season. But because I think long term, I don’t mind if your freshman beat my freshman. Because, ultimately, it is the façade of improved performance. And my upperclassmen with a base of speed and power will doodoo on your endurance based ‘sprinters’ when it counts.

Giving volumes of aerobic work and slow repeats to 400m runners is the equivalent of eating McDonalds five days per week. You can do it. Technically it is considered food. And your stomach will be full so you can easily argue that you fed yourself. 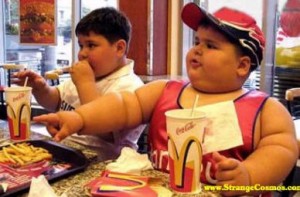 This is what slow training does to sprinters. Think about it.

But before too long, the lack of well rounded and appropriate nutrition will start to make you feel tired, irritable and sluggish. You won’t be able to think straight. You’ll have wild mood swings and, no doubt, some digestive issues. You’ll look down and wonder where your feet went because you’re sporting an impressive new gut. (Just because almost everyone else has one doesn’t mean it’s the right approach to take.)

Your performance will suffer because eating McDonalds does not give you the specific nutritional value you need for optimal functioning.

And giving 400m runners a diet of slow is just giving them junk. Junk tempo. Junk mileage. And, after a period of time, junk performances. Because you’re literally training them to be slow.

If your athletes train below race pace the majority of time in practice, you can’t really expect them to keep up with actual sprinters who encounter the specific speeds and intensities of the race as the foundation of their training, can you? 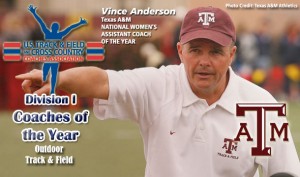 When in doubt, listen to Vince Anderson.

In regards to understanding how much volume you should attempt to achieve when designing your workouts, especially interval type workouts, Vince said:

“When you free yourself from volume concerns, the picture becomes much clearer.”

To me, this means don’t worry about volume. Trying to build up to 12×200 is a ridiculous waste of time. (Admittedly, one I’ve been guilty of in the past.) Focus instead on intensity. Or, when in doubt, go shorter and faster.

In regards to the idea of training slow to get faster, Vince said:

“All I know is that when we trained slow and did aerobic work, I was the worst coach in the country. The faster we go in practice, the faster we run. I don’t claim to have all the answers, but that’s what has worked for me.”

I’m going to go out on a limb and say that if you listen to Vince Anderson, you’re probably on the right track.

The bottom line is this my friends:

P.S. When you’re ready to improve your Coaching Skill: