One of the most important reminders for those coaches involved in training young distance and middle distance runners is they are not simply miniature adults. Not only are the bodies smaller, the mind less experienced, the systems of the body not at full development, but also training has far different effects and considerations as compared to adults. Success in distance running at any age requires high levels of energy system and muscular fitness, technical skills and motivation. For runners young and old, training to develop these qualities can be very demanding. Distance running can place extraordinary requirements on the young athlete’s body and mind. Understanding growth and development issues as well as the demands of aerobic and anaerobic training is crucial to training youngsters. Unfortunately, this young age group is many times the starting point for a young coach’s career or the coaching is left to eager but short-sited volunteers.

The general aim of distance training is to develop the ability to withstand and delay fatigue.  Yet, the whole notion of distance running is unfamiliar to most young beginners.  For instance, in their earliest experiences with running, children stop when they get tired.  They don’t run to “endure” fatigue.  They run because it is fun.  When they first start running distance as 10 to 12 year-olds they find it boring and not fun anymore.  They simply lack the fitness and skill needed to experience the true passion of running fast over long distances. 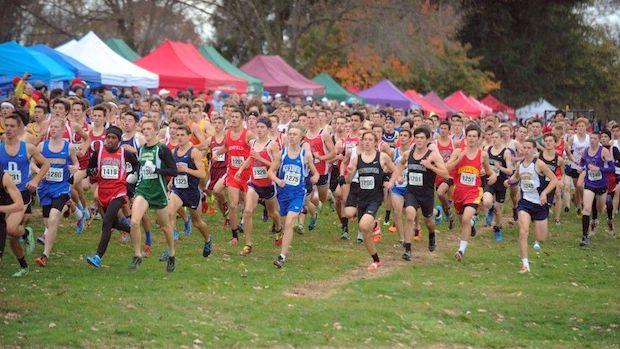 Maturation refers to changes in the body which lead to adult physical features both internally and morphologically.  The release of hormones during puberty triggers influences to endurance performance that can be achieved in no other way.  Testosterone is one of many important hormones involved in maturation and puberty.  Some examples of changes triggered by maturation hormones that affect distance running include: increases in muscle mass, fatty tissue, and hemoglobin.  In addition angiogenesis and widening of the pelvis, both show rapid change during puberty.  Biochemically, the body becomes able to store sodium bicarbonate, iron, calcium and other trace minerals because of the onset of puberty.  All of these are crucial to becoming a better distance runner.

Table 1 illustrates physiological changes that occur during and after puberty that make distance training much more effective at this time as compared to pre-pubescent conditions:

Table 1.  Physiological changes during and after puberty.

Young runners are notoriously inefficient runners.  In other words, they have poor running economy.  Physiologists define running economy as the cost of oxygen to run at a given pace.  This important characteristic improves when both males and females go through puberty.  Until then, distance running is hard for young runners.  Runners under the age of 12 should seldom run more than five miles of continuous running in one training session and should never do repeat interval style anaerobic workouts.  Once the runner reaches age 12 they can run consistent continuous runs of five miles with an occasional longer run.  They can also do the anaerobic work that is necessary to supplement the aerobic energy system at race pace.  However, anaerobic work like 200 and 400 meter repeats done fast with 3-4 minutes rest between should be introduced gradually.

Now they’ll be as confident in their race plan as you are in their training!

The Foundation of the Distance Running Program