Training distance runners is similar to other rewarding endeavors in life in that it seems rather daunting to begin with, and then stays challenging throughout.  The athletes themselves are in most cases strongly self-motivated, task-oriented, and inquisitive, while the training is based on scientific principles.  If the coach is not a strong people-person and well-schooled in science, the learning curve can be steep.  Important in this process are the workout planning fundamentals.

For these reasons a good distance coach cannot be just a good distance runner themselves, but more importantly a person eager to learn and apply scientific theory to the development of interesting, effective, and sequential training workouts and schemes. 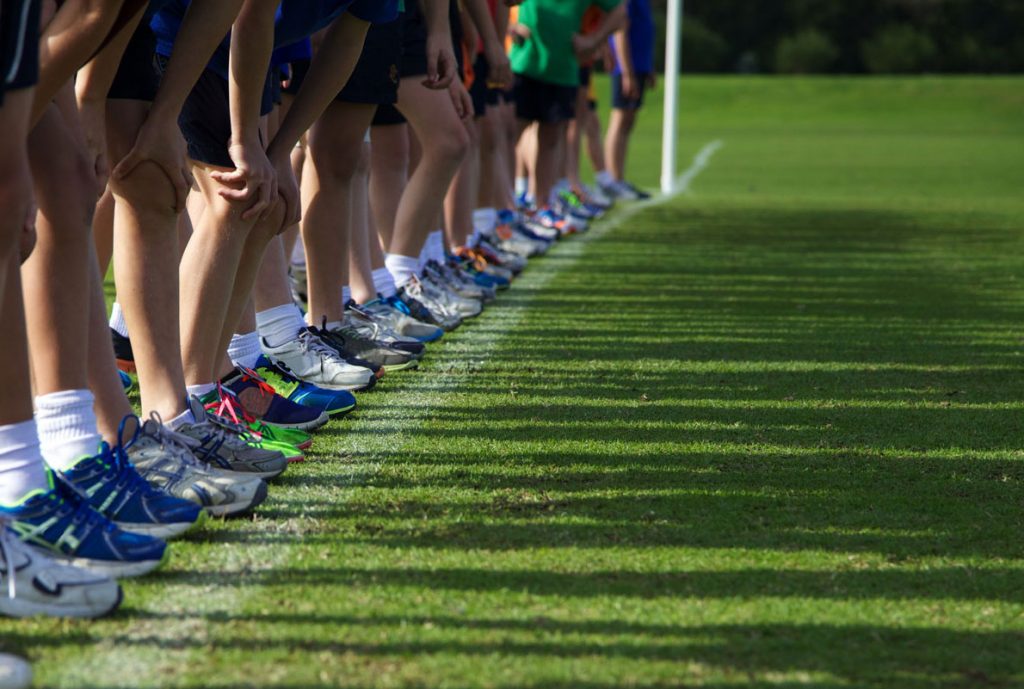 All mainstream distance races from the 800 meters to the 10,000 meters are characterized by having a comfort zone component and a critical zone component to them.  The former is approximately the first three-fourths of the race and the latter is usually the last one-fourth of the distance.

The comfort zone is mainly aerobic in nature and is influenced heavily by the runners’ individual ability to handle and utilize oxygen from the moment these once atmospheric molecules leave in the blood from the heart, until they are actually used during aerobic respiration in the mitochondria of the muscle cells.

The critical zone is mainly anaerobic in nature and is influenced heavily by the runners’ individual ability to tolerate increasing levels of both hydrogen and lactate ion build-up in the blood and inter-cellular fluids of the body.  Both the comfort zone and critical zone must be trained to their fullest extent if a distance runner is to be successful.

The aerobic energy system is most effectively trained with continuous run workouts that are paced at velocities slower than race pace, but with a distance that is longer than the race.  These are the typical workouts that all distance coaches prescribe for their endurance athletes.  For example, 800 meter runners need 4-5 miles of continuous running, milers need 6-7 miles, and two-milers and five kilometer runners need 8-10 miles of frequent continuous distance to be considered skillful.

However, a runner cannot start with theses distance in training.  The coach needs to bring increasing distance along slowly.  The benchmark starting point is usually three miles of continuous effort at the start of a season.  How quickly a runner can get consistent at the mentioned continuous efforts for the desired racing distance depends on the strengths, weaknesses, and experience of each person.

Aerobic energy system training also varies by velocity as long as it remains slower than race distance pace.  Long and short easy runs make up much of aerobic training.  Runs are considered easy if the athlete can maintain a conversation during the effort and they seem to recover in 24 hours.

The former are workouts paced around the athlete’s current maximal two-mile pace and are usually done interval style, while the latter is a more powerful continuous effort than the long, easy runs.

An example of an aerobic power training session might be four repeat miles done at the athletes current two mile pace (ex. 10:00 two mile = 5:00 mile pace) with the rest interval about the same as the work time.

An example of a tempo workout might be 25 minutes of continuous running at about their pace for an estimated all-out 8-9 mile effort.

Both the aerobic power workout and the tempo run require a 48 hour recovery before a hard aerobic effort can be repeated.

What would be done the next day?  Perhaps, a short easy run, or some hill repeats, or perhaps something hard but short on the track with extensive recovery between work bouts would all be good choices.

The anaerobic energy system is most effectively trained with interval or repetition run workouts that are paced at velocities faster than race pace, but with a work distance that is shorter than the race.  In many cases the total work distance for the day adds up to about the race distance, but with the many breaks between work bouts the athlete is able to run fast for all of the efforts.  These workouts are introduced early in the season but do not become a frequent component of the weekly scheme until the athlete is about eight weeks from their championship race.

There are two general types of anaerobic workouts:

1). the workout pace remains constant throughout the training session or,

2). the workout pace deteriorates throughout the session.

An examples of anaerobic work that might be done early in the season might be five repeats of 400 meters done about five seconds faster than estimated current one mile race pace, with interval rest gradually getting longer to maintain this pace (ex. 3 minutes extending to 4:30).  Or, it might be seven times 200 meters at ¼ of their estimated current 800 meter time with gradually increasing rest to maintain that pace.

Examples of mid-season anaerobic work might be eight times 400 meters holding steady at three minutes rest between bouts of work.  Velocity of the work might be four seconds faster than estimated current day one mile race pace.  Or, it might be two sets of three times (six total) 300 meters with two minutes rest between repetitions and four minutes between the two sets.  Velocity might be two seconds slower than estimated current 800 meter pace.

Developmental improvements in both the comfort zone and critical zone must be the focus of all distance running training schemes.  In some cases much of the aerobic development can be done in the off-season by a dedicated runner or the whole distance squad.  That really frees time up to work unhurriedly into the anaerobic development of the runner which should be done under the coaches’ direction.