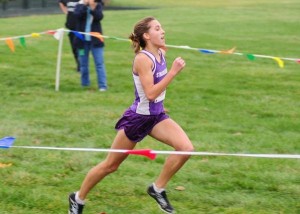 By now almost every cross country coach in America has had some contact with the basics of training theory.  This is quite a contrast from the 1980’s when only the most diehard coaches were familiar with the works of Tudor Bompa and others from the Eastern Bloc that had first organized sport training into chunks of time based on general to specific themes, phases and periods came much later.  These scientists did not invent new day to day workouts; they just tried to organize the existing training schemes into common adaptive themes for the appropriate time of the training year.  History shows that scientists first organized modern European training theory in the speed and power sports (gymnastics), then moved into speed and endurance sports (track and field running and jumping events) and finally into strength sports (weightlifting and the throwing events in track and field).

Over the years cross country coaches learned a whole new vocabulary in order to understand modern European training theory.  The words macrocycle and microcycle to this day still fail computer program spell checks, but are terms that coaches use all of the time when discussing training schemes.  We know macrocycle as the training “season” and microcycle as the training “week” and understand that these calendar periods must “cycle” to address training principles such as stimulus, overload, and training age.  Where coaches get hung up most often in modern training theory seems to be in changing training phases and periods within each macrocycle.

Most cross country coaches develop some sort of chart outlining their annual training plan each year.  Within that annual plan are the seasons of competition which we call macrocycles.  These divisions are obvious and are easy to make.  We all know the differences between cross country, indoor and outdoor track.  The real training theory problems lie in the next two divisions which would be phases and periods.  Some coaches view these subsequent divisions to be so unimportant that they do not even include them in their annual plan.  Others designate these divisions on their macrocycle chart, but then do not make the fundamental theme shifts that changing a phase or a period should lead to.

Modern training theory defines the terms phase and period as:

As an example, take a sample 14 week macrocycle in high school cross country which will first be divided into a Preparation Phase and then a Competition Phase.  As far as the themes go, in the Preparation Phase the athletes are training to train and in the Competition Phase the athletes are training to race.  The dividing line becomes the important factor.  Many coaches feel all races are important, and in many respects they are, but the end of season competitions are usually the most important.  For many programs that will be the Conference Meet, Section Meet, State Meet, and maybe Nike and Footlocker competitions.  The phase dividing line should reflect that theme change and be characterized by a fundamental shift from higher volume training to higher intensity training emphasis.  Volume and intensity have an inverse relationship with each other and this is reflected in the phase change, and should show subtle but not extreme changes between volume and intensity in training.  The most obvious sign will be an emphasis of longer rest periods between bouts of work within a workout which will lead to a greater intensity of effort.

The training periods show an even narrower theme change over the phases.  In the Preparation Phase there is a General Preparation Period and a Specific Preparation Period.  The difference there again lies in themes and related workouts.  In the General Preparation Period the early season cross country workouts do not look much different from the early season distance track workouts where increasing mileage is the theme.  However, in the Specific Preparation Period the coach will add new themes like hill running, grass running and change of direction running which reflects the sport of cross country.  In the Competition Phase there is also a clear division that must be determined.  In the Pre-competition Period there is a fundamental shift from interval style workouts that build efficiency to repetition running workouts that build capacity.  While intervals are designed to have incomplete rest, repletion running workouts are much closer to race length and have long periods of rest between bouts of work.  In the Competition Period the championship races are the major focus.  The main training stimulus may be the races themselves for the most part.  Training volume may drop by up to 50% during this period.  An aerobic workout of significant length should be done every 3-4 days to stimulate the aerobic enzymes and an anaerobic workout of significant intensity should be done every 3 days to maintain the competitive peak of the athlete.  Beyond that, stress lots of rest for the athlete.

Phases and periods should not be ignored in your training schemes in cross country.  Use them as the opportunity to make the theme changes necessary to prepare the athlete for the final competitions.