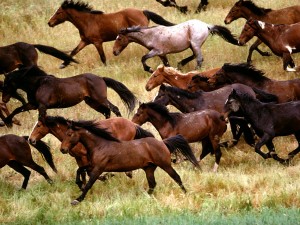 Late October through November is a time of change.  It is not only the peak time period of animal migratory behavior in North America it is also the championship racing season for cross country runners.  While wild animals prepare for their journey by altering their basal homeostasis through feasting and resting for a period of time prior to their critical behavioral moment, runners do a similar of altering of homeostasis, but through training of critical physiological systems followed by a short time of rest rather than feasting.  Coaches refer to this as the peaking period in a cross country runners training program.

The peaking period has been defined as a decrease in work level that an athlete undergoes during practice in order to rest and prepare for a great performance at the end of the season.  It is a specialized exercise technique designed to reverse training-induced fatigue without a loss of the training adaptations. 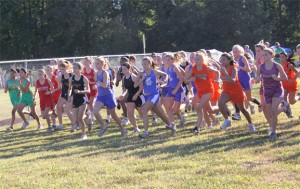 During the peaking period, there should be a marked decrease in overall training volume in the range of 50-70% (Vigil 1995, 2007).  Training intensity is elevated to a higher level than prior to the peaking period.  Higher training frequencies seem to be necessary to avoid detraining in the highly trained endurance athletes; however, training-induced adaptations can be readily maintained with very low training frequencies in moderately trained endurance athletes (Vigil 2007).

When coaches begin a peaking period they are making four training changes in order to draw out a peak: (1) a switch from efficiency work to capacity work, (2) a change from interval runs to repetition runs, (3) a decrease in total volume throughout the workout plan, and (4) a conceptual move from the pre-competitive training phase to the competitive training phase.

Get this article on Hill Training for Cross Country Runners

Another physiological parameter of endurance training to examine is the progressive VO2 max values that are achieved through systematic aerobic capacity training done at date pace.  This value increases moderately for a time as a response to training during the preparatory phases, and then increases dramatically as a response to further specific aerobic capacity training during the competition phases at date pace.

If peaking is to physiologically occur in distance runners, then it is necessary that cross country runners have both: (1) high lactate responses to anaerobic work an, (2) high maximal oxygen uptake values (Vigil 1995).

These two functional physiological capacities may be the answer as to why peaking periods are so short.  But, part of the answer may also lie in the anaerobic side of the energy delivery equation.

Exercise physiologists have shown cross country coaches that one of the principle physical adaptations to occur from anaerobic running training is the temporary increase in the volume and activity of the anaerobic enzymes, and their substrate availability.  The reason for this ephemeral peak could lie in the fact that glycolytic enzymes will remain elevated for only up to two weeks while unloading during the peaking phase.  However, by stimulating the anaerobic system with capacity work, in the form of repetition runs every three days (72 hours), multiple anaerobic peaks can be maintained over an extended period of time (Vigil 1995).

In contrast to anaerobic energy delivery, the aerobic system’s oxidative enzymes, and structural components, must be stimulated once every four days (96 hours) to remain elevated.  This may be the answer to the question regarding the ability shown for cross country athletes, with less anaerobic demand to meet, to hold their fitness longer than mid-distance runners.  It also may give us the answer to why it is possible to have multiple anaerobic peaks, while there is just one aerobic peak in a cross country runner’s annual plan.  Despite what the endurance coach and athlete may desire, the human genome has the ability to only form one long aerobic peak annually.  The migratory mammals and birds on Earth have the genetic capacity for two aerobic peaks, but not humans.  There are no genetic markers in humans that indicate the capacity for annual migrations and have not historically known to have migrated great distances annually (Heinrich 2001).  Now, that is not to stay humans can only get very aerobically fit once per year, or stay aerobically fit all year, but the peak aerobic improvement that constitutes part of the 2-3% summative peak, is found only once annually.