Cross country running is considered a team sport by those in the know. Because the scoring of the meet is so tied into the efforts of all seven runners on a team it is imperative that a positive and selfless synergy exists between these runners if the team is to be successful. The coach is responsible for developing this synergy and for building the web of relationships that support the whole team and not just the varsity.

What is a team? It is far more than a collection of like-minded athletes and a couple of coaches if it is to be a success. Most successful coaches do not even use the word team, they prefer the term: program. A team is a unique year or two in time with specific athletes, while the idea of a program is a self-perpetuating series of runners that join, prosper, and then graduate, only to be followed by other motivated runners who do the same.

A cross country coach wants their program to be cool in their school. A refuge each day for veteran athletes and a cannot miss activity for the younger athletes. It should be a place where the only requirement is a desire to put forth positive contribution and effort. Talent is certainly a plus, but team members and coaches should not judge others on talent, but by all means on effort. It should not be a place where the coach or captain must take attendance every day because people come and go randomly. Attendance is a bare minimum requirement for anything worthwhile in life and it should be very obvious to all when an athlete is missing, and the peer scrutiny that follows when that athlete returns. A positive team exists with few rules, but many expectations. The rules are generally obvious, as they do not differ much from the rules of society. We are law and rule abiding peoples. Every rule needs a penalty, or it is an ineffective rule. Rules and penalties do need to be reviewed at pre-season meetings and perhaps a reminder or two is necessary during the season. It is the expectations that must be nurtured and stressed by the coach and veteran runners to the less experience and younger members of the team on a constant basis. Rules are rules, but it will be the expectations that establish the values for your team. 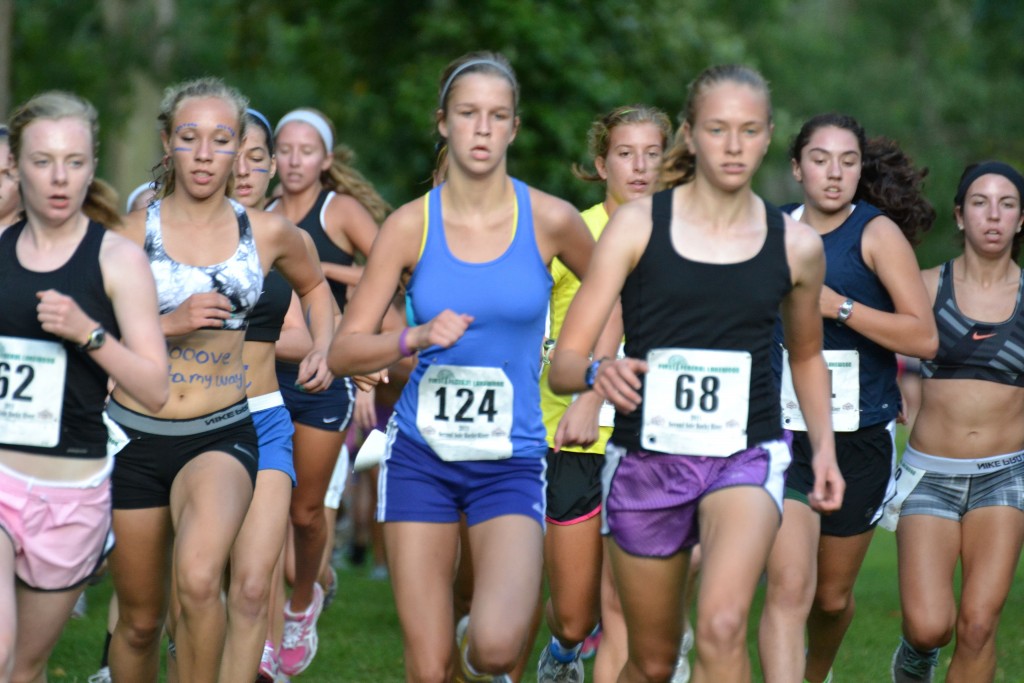 Cult is short for culture. While most coaches would shy away from building a “cult of distance runners” in their school, they might definitely favor establishing a distance running culture. Culture is defined as the sum of attitudes, customs, and beliefs that distinguishes one group of people from another. A culture need not be a whole society, but can be a sub-portion group in a society: a cross country team. A culture can also be likened to a little kid’s plastic beach pail. That little pail can only carry so much stuff and the bigger objects better be placed in the bucket first. If one loads it up with the little things like sand first, then there will not be much room left for the valuable big objects like colorful rocks and seashells. A little beach pail can hold maybe three nice beach rocks and two large seashells: the five big things in life. Things like family, faith, school, friends, and _________. No more large objects can fit in the small pail except those five things, but lots of little forgettable objects like sand particles can fit in: the little things in life. Do you want the cross country team that you coach to be a big rock in the lives of the athletes and thus part of their culture, or are you satisfied with the team just being a piece of sand, and not really a big part of their life, and thus no sense of culture. A team yes, a culture no.

Coaching Resource: The Training Model for HS Cross Country (get daily workouts from summer mileage in June to CC Nationals in November

Not all cultures are positive. History is littered with stories of cultures that have gone awry. All positive and successful cultures generally have two big concepts in common: everybody contributes and everybody is appreciated. Performance in the culture is separated from personality. When the leader criticizes or outwardly praises somebody in the culture in front of the others it is always about performance, never about the person themselves. Expectations relate to performance, and rules relate to personality in most instances.

On a cross country team which has a positive culture, the leader draws from four areas: the leaders themselves, the team members, the community, and the alumni. A theme exists on these teams that the award system has an intrinsic base, and while certain aspects of the culture is extrinsic in nature, the four areas all think alike and support each other intrinsically. This taps into the core beliefs of self-esteem. One feels good about themselves because they have the approval and respect of others in the culture. It is not about who wins the medals or who has the nicest running outfit, but what the culture is based on.

The theme of an intrinsically rewarded experience spreads around a school. It is a culture that many kids want to be a part of. They may not even have thought much about actual running itself, but the idea of a team such as this is appealing. The team grows in numbers. A few leave because running is not for everybody. Pretty soon the culture has two factions that are interwoven and support each other day in and day out. The two factions are the runners and the racers. The runners are there because they love the culture of the team and they are hooked on running. The racers are there because they too love the culture of the team but are hooked on competing. The racers are the stars and make it fun for all to be on a successful team at a meet, but on practice days the runners are the stars, as they make the activity of running fun to come and do each day.

Part 2 will look at different extrinsic and intrinsic ways to develop a positive culture on a cross country team.


The Truth About Distance Runners and the Weight Room

What to Do When Disaster Strikes at a Major Meet

The 3 Most Important “Fuels” For Successful Distance Running