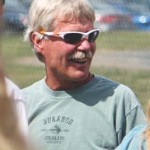 Scott Christensen’s teams have been ranked in the national top 10 eight times. He won the 1997 High School National Championship and his squads have captured multiple Minnesota State Championships. Four Stillwater alumni have broken 4:00 in the mile since leaving the program.