A coach once accused me of being one of those “speed coaches” who does speed work all year round. Initially, I didn’t know if he was insulting my coaching style or if he was just curious to know more about speed work. “I resent that remark,” was my response, before I began to school him on the importance of speed training.

As the conversation unraveled, this coach explained that the human body is not ready for speed work early in the season. He added that athletes have to train for quite some time before they can handle true speed workouts. For him, the shocker came when I agreed with his points. “But you said you do acceleration on day one,” he replied, confused.

Again…I agreed. This conversation quickly turned into a teachable moment because I realized his definition of speed and its progressions were not only different than mine, but lacked accuracy. So, I began the lesson with a simple answer,

“Acceleration is the start of the speed continuum.”

At the start of a new year of training we can begin conditioning our athletes and start preparing for the demands of speed. It may not be a good idea to do an all out 150, a Fly 30m or any other type of maximum velocity, speed endurance or special endurance during the early phases of training. However, we can start to build the athlete’s neurological system, mobility, and technique, which will help prepare their mind and body for longer speed work that will come later.

“Give the athlete what they can handle over a progressive period of time.”
–Gabe Sanders

In the early stages of training, we want to build a nervous system base with high intensity and short duration. Over time, the duration of runs will start to get longer. If we do not build a base for the nervous system, central nervous system (CNS) fatigue will occur faster in workouts and races when the athlete tries to tap into the true speed realm.

With regard to accelerating (running) to fire the CNS, we can add short runs or pushes into the training. Having the athletes do a 3-point start at maximal effort for 2-4 pushes is going to stimulate the CNS while promoting the feeling of acceleration mechanics.

Remember, speed technique that is done at a high intensity is still related to speed. As time goes on you can extend the distance of the runs and do speed for the sake of speed. 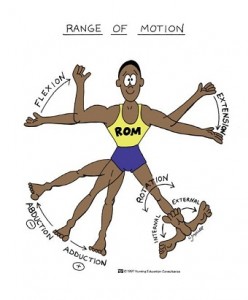 Coaches can even take out the CNS firing and have their athletes slow down so that the athletes can feel the correct positions. Coaching range of motion (ROM) for acceleration and maximum velocity is fantastic. As coaches, we can prescribe activities that the athlete is ready to complete without getting hurt.

Simply taking out the velocity or force application and focusing on ROM has its benefits. This way, the athlete can increase the duration, but take out the intensity. Later, the coach can take the same activities and add in the velocity so the activity covers all aspects of speed.

Ron Grigg calls this “installing the offense.” Football coaches run their offensive plays at slower speeds until the team completely understands every part of the play. Once this is achieved the coach asks the players to run the play at higher speeds with more intensity until they get to or even beyond the normal speed of the game. This same principle works for teaching different aspects of running fast.

Coaches can implement activities other than runs to achieve CNS firing such as explosive multi throws that are done with maximal effort. Multi throws at maximal effort reduce the chances of injury (if done properly) while the athlete gets adjusted to neurological impulses.

Coaching Resource: How to Build the Perfect 100 Meter Sprinter…From Start to Finish

Another example of an activity that promotes the firing of the CNS is standing long jumps (SLJ) and standing triple jump (STJ). Specifically the STJ mimics the block exit as well as the first two pushes out of the blocks. This is a great way to stimulate a neurological impulse if done correctly. The intensity is high, but the duration is short.

Yes…I do CNS and acceleration training on day 1. I do not do maximum velocity or even speed endurance workouts on the first day. Otherwise, there would be hamstrings laying all over our track. The athletes are ready for the intensity, but they are not prepared for the duration of longer runs. Build the CNS and technique and extend duration over time.