If I presented most people with the following list, the likely response would be “Psssshhhht, impossible”

Like the guys on Monster Hunters, the mythbusters, and Bear Grylls I beg to differ (at 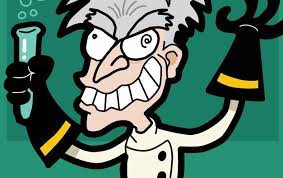 least on the last point). No, like a mad scientist hard at work on a world changing project, I am here to present to you the way that teaching Olympic lifts to large groups is possible.

1) Have a way to determine if someone is ready

Just putting any John or Jane Doe on the platform is a bad idea. Actually, it is worse than a bad idea, it’s a horrible idea. Aside from the technical know-how that is required (which we will cover in a moment) there are so many physical requirements that putting a newbie on the platform without knowledge of their ability is absolute craziness.

To really teach large groups how to Olympic lift it is important to determine their readiness through your assessment process. The FMS gives us some important information about the movement patterns that new trainees posses but there are a couple OL specific ideas that are important to wrap your head around as well.

Expanding on the FMS and the deep squat test, I find that having an individual perform a full front squat with a barbell is perfect to determine their physical ability to achieve and maintain the racked position of the clean and its variations.

Standing tall have the potential Olympic lifter rack a barbell at the shoulder level with their upper arm parallel to the floor. This position itself requires great thoracic extension, and shoulder external rotation, and those that do not posses the right amount will find this position uncomfortable and difficult to achieve. Descending into the full squat position will give you back up data to support conclusions you make in the deep squat about thoracic extension, hip and ankle mobility.

With that information and the appropriate corrective exercises in place, 3 sets of movements should be practiced in a group setting to prepare individuals for the platform.

The hinge will form the basis for the starting position in terms of weight distribution, and foot placement, and the movement pattern will be used to accelerate the bar in the hang position, or above the knee in the traditional clean or snatch.

The squat will then form the basis of the receiving position, and the pattern of knees out will be mechanically identical to what happens at the catch. Have your group prepare by practicing both goblet squats, and overhead squats.

Finally, plyometrics are an important class of movements to prepare for Olympic lifting. The take off position teaches individuals how to produce force, while the landing position informs the group on how to receive the bar with proper patterns.

2) Have a ready made set of progressions

Technical knowledge in the Olympic lifts is one of the biggest problems that most coaches see with implementing the movements in a large group setting.

While there is no doubt that technique makes the lifts successful or not, a simple set of progressions to take a newbie to a seasoned lifter is not a pipe dream.

The key in teaching Olympic lifts is to teach from a position that allows for early success, doesn’t require extreme mobility, and is easily relatable for most individuals. I am talking about using the “hang” start position for the Olympic lifts.

The hang start position for the clean and the snatch will be a much easier task for most clients than using the floor start position.  The floor start, in the traditional power clean or power snatch, is one that requires mobility and technical knowledge that most do not posses early on.

Instead we use the following progressions of movements, each with their own individual teaching progression to use Olympic lifts effectively with new lifters.

Your clients can get great benefits of the Olympic lifts by just performing the first 2 movements. Progressing to the latter stages of these movements is not necessary unless you have great confidence in the abilities of the individuals you are coaching.

3) Know the corrections to make for common mistakes.

As technical lifts there are many things that can occur during the completion of the movements that can make the lift go wrong. If your qualification process and progressions are together there are not many mistakes that are outright dangerous, but rather are just impediments to maximizing the benefits of using the Olympic lifts.

Knowing common corrections to common mistakes will allow your clients to unlock the full potential of the Olympic lifts.

One common mistake that has an easy correction is jumping forward when receiving the bar. This is often a result of incomplete hip extension in the second (fast) pull above the knee. In turn the typical reason for this mistake is the athlete being too far forward over their toes in the pulling position.

While there are many other mistakes that can be made in the lifts, you can have confidence that qualifying the individuals before beginning lifting will remove much of the chance that the movements can be dangerous.

Teaching Olympic lifts can hold a lot of benefit to your clients. Unlike many might suggest there is an easy and effective way to teach the lifts to large groups so that they all can become stronger and more powerful.

How Sprinters Use Cleans and Olympic Lifts for Strength Training

Peaking Your Sprinters and Field Athletes with the Olympic Lifts