Everything important in life deserves a plan.  But what really is a plan?  There should be general components in a training plan, these can than be mixed with specific directions and could lead to an attainable goal or end-result to the plan.  It is also important psychologically, developmentally, and strategically to have the plan in writing.  Putting words and numbers on paper somehow makes a plan seem more permanent, more real, and more personal.

Training a middle-distance runner is an intricate activity that balances aerobic work with anaerobic work. Because these are combined zone races, an athlete benefits from the development of a plan that addresses the specificity of the physiological demand of middle-distance running.  It takes a great deal of effort over an extended period of time to train an athlete properly.  An inventory of the athlete’s skills will reveal key components to use in constructing an individualized training plan.  These points will help in some of the specific direction to follow on a day to day basis.  There is also the necessity to understand general training principles that apply to human performance in general, and middle-distance runners in particular, when implementing a plan.  These principles show humans for what they are: not tremendously skilled at any one bio-motor skill, but with great ability to physically adapt if stimulated properly.  This adaptation capability is based on a combination of physical traits that are both common to mammals, and specific to humans.  It is also based on the human brains ability to understand long-term rewards and what it takes to physically, psychologically, and socially achieve these rewards.

Training theory in athletics has been heavily researched.  Through a combination of academic research and related application, ten important principles have been identified to help coaches achieve an understanding of the concept of training.  A thorough study of these ten points is crucial in understanding humans as living organisms in regard to what work they can do, and when they can do it.  A proper training load at the proper time is the key to it all, but that is over-simplifying a complicated scientific series of principles.

For your training plan, the ten general physiological training principles are: 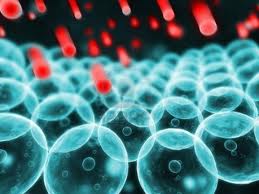 There are trillions of cells in the human body and thousands of chemical reactions that occur simultaneously to satisfy the concept of life.  When an athlete begins a training program they are beginning a program of changing cells, tissues, organs, and the chemical reactions that tie them all together.  Before specifics to the actual training can be understood, a degree of scientific knowledge must be gained in how the body functions when a stimulus is applied.  An acceptance of these ten principles of a general training plan will help in that knowledge base.