Biomechanical Concerns.  When we examine upper body activity on the throwing events, we are concerned with six key realms. They are lengthening the rotational path of the implement, delaying the upper body movements, turning, maintaining positional relationships, the sweep/block, and the strike.

Lengthening the Rotational Path of the Implement 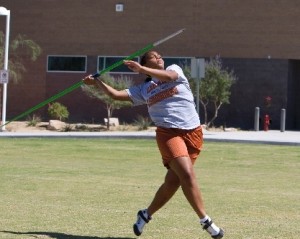 
My Favorite Sprints, Hurdles, & Jumps Programs to Steal From